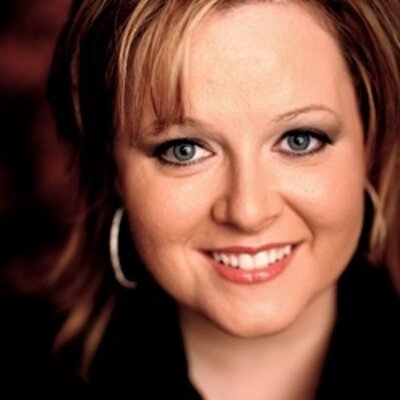 Melissa’s enthusiasm for ministry, excitement about the Lord and genuine love for people has influenced hundreds of people around the world.

As a child, music played a very important part in Melissa’s life. As a young girl she traveled with her family in evangelistic ministry. She continued her musical ministry as a member of the Shulers. Melissa sang in the group for ten years with her father, Jack Shuler and husband, Jim Brady. During this time the Shulers were nominated for several awards such as: SGMA New Artist of the Year, Singing News Fan Award, Horizon Group of the Year, among others. This was a special time of ministry and growth for Melissa and a time that helped form her into the musician she is today.

Melissa is not only a very talented singer and musician; she is a very powerful songwriter. She is honored to have had her songs recorded by some of today’s top groups and soloists which include the Booth Brothers, Ivan Parker, the Ruppes, the Whisnants, the Shulers and many others. Several of her songs have become top ten songs on the gospel music charts. Melissa has been blessed to teach at the Steve Hurst School of Music in Nashville, Tennessee for the last three years. She is quickly becoming one of the most requested teachers at the School. Steve Hurst, the director of the School, says “Melissa is an asset to the School in so many ways. Her teaching ministry is touching the hearts and lives of many of our students and we are so thankful that she is sharing her talents and ministry with us.”

In the past few years God has continued to open new doors for Melissa as she has performed on the Gaither Homecoming Concerts with her husband Jim Brady. She has also had the privilege of touring with the popular Homecoming artist, Lynda Randall.

Her ministry has taken her to thirty-five states, Europe, Mexico and Canada, where Melissa has witnessed the saving power of Jesus Christ change lives through her words and songs.